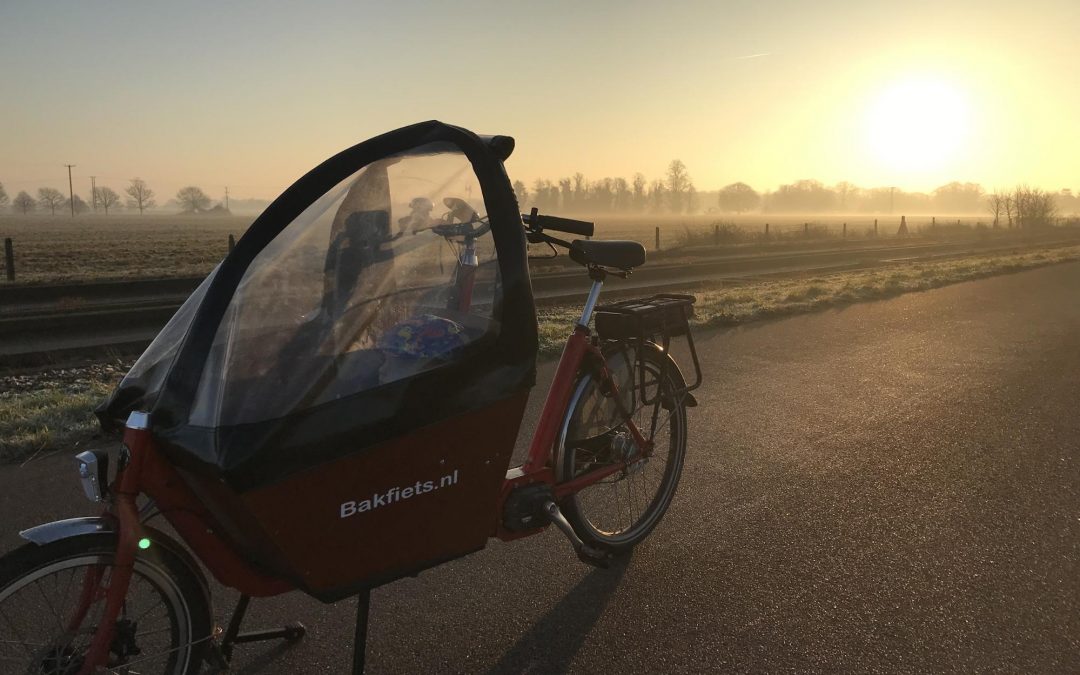 We’re back with another edition of Cargo Bike Life. This time Outspoken Cycles’ General Manager, Mark, discusses why him and his wife use their cargo bike.

While Outspoken Cycles grew out of a cycle courier business in 2012, and we’ve been servicing cargo bikes for many years, we only actually started retailing them as a traditional bike shop in April 2018, when Rob Turner brought his wealth of experience as our new Shop Manager.

For myself, this coincided rather fortuitously with the birth of my son in March that year. By April, I’d eagerly ordered his first balance bike (a Frog Mini Tadpole) and soon after placed the order for a Bakfiets Short ECargo Bike

My wife and I cycle everywhere we can, and we were determined to continue to do this as much as possible with our new baby. Living just north of Cambridge with access to easy cycle routes we knew this would be the easiest and often quickest way to get into and around Cambridge. As an ex-cycle courier with Zedify I already knew how easy a cargo bike could be to ride, and after test-riding my wife was soon convinced too. Her initial worries that as a 5ft tall rider the bike might be too heavy were soon assuaged and it’s actually incredibly easy and balanced to ride – just like any other bike.

My boss, our director Rob, had also recounted tails of idyllic evenings in pub gardens while his young children had slept happily in their cargo bike. I was sold.

While there was a relatively big cost increase, our decision was to go electric, as my wife had a long 14 mile round trip across Cambridge twice a week to one of our son’s two nurseries. She had initial reservations due to the cost. “Imagine the most howling windy, rainy day in November and riding to nursery,” I had said. “Would you want an electric motor…?” “Definitely!”

By June, our bike had arrived and we spent the summer enjoying rides across Cambridge  and further afield as we acclimatised to the bike and its wide potential (including many lunches in pub gardens).

Two and half years and 4000 miles later, the bike has been a total game changer. With one nursery there was no parking on site, so without the bike we simply wouldn’t have been able to send our son.

With our second nursery located down the guided busway further north of Cambridge, our son’s been able to enjoy beautiful sunrises, snowy landscapes, eerie fog and wildlife including foxes and badgers. With him seated in the front, he has full views across the landscape and I can talk to him and engage in the things we spot as we ride. 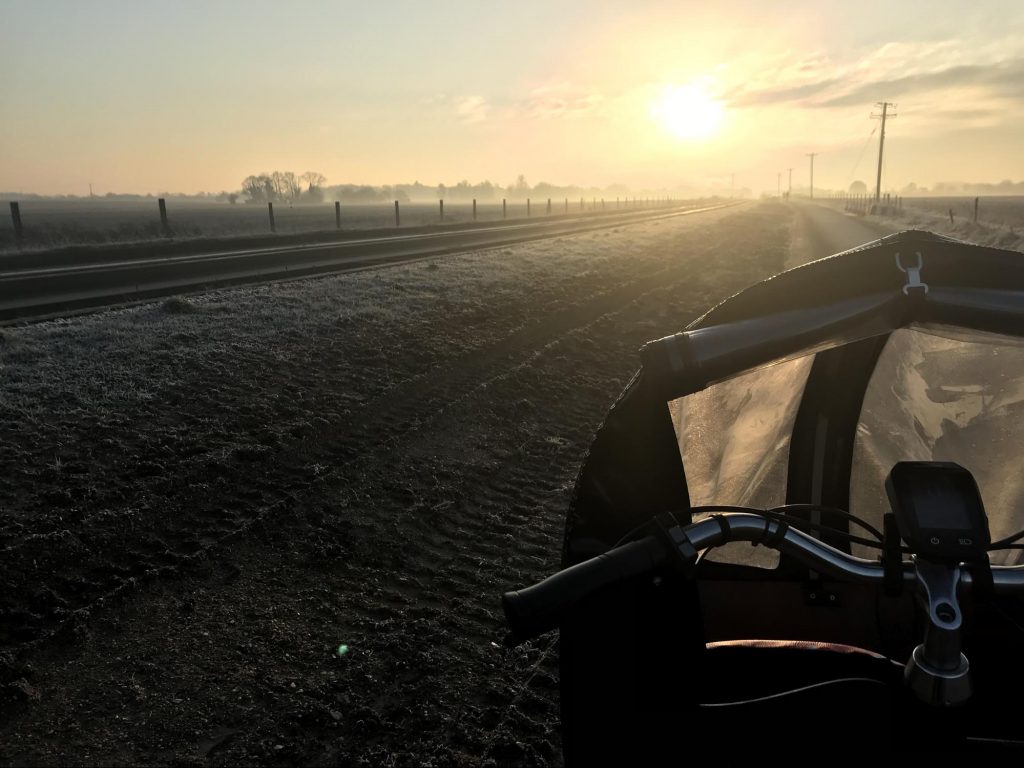 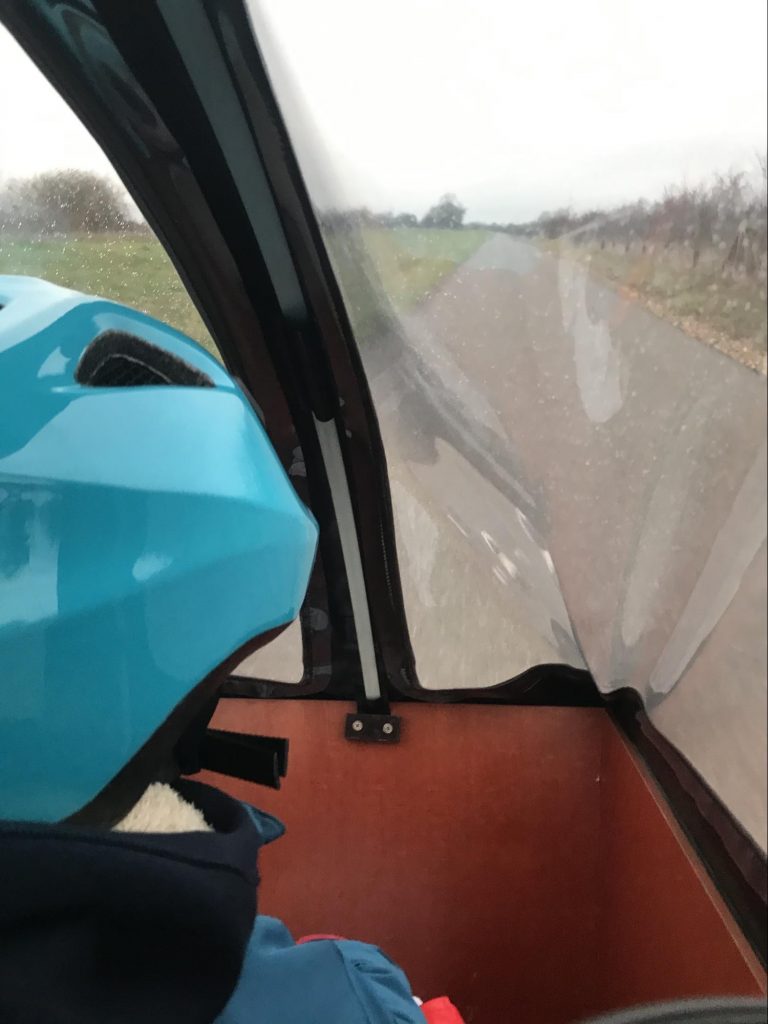 With routines firmly established, many mornings we take a small bluetooth speaker and our son enjoys dancing in the bike to his favourite tunes (currently T-rex’s I Love to Boogie) much to the amusement of oncoming cyclists on the busway.

In lockdown in April and May last year, the bike came into its own as a way for me to get exercise, while riding him out to parks for him to see and explore, keeping him engaged with new experiences and places. With a penchant for diggers and loaded up with a picnic and blanket, we spent one particularly sunny afternoon digger hunting around West Cambridge. 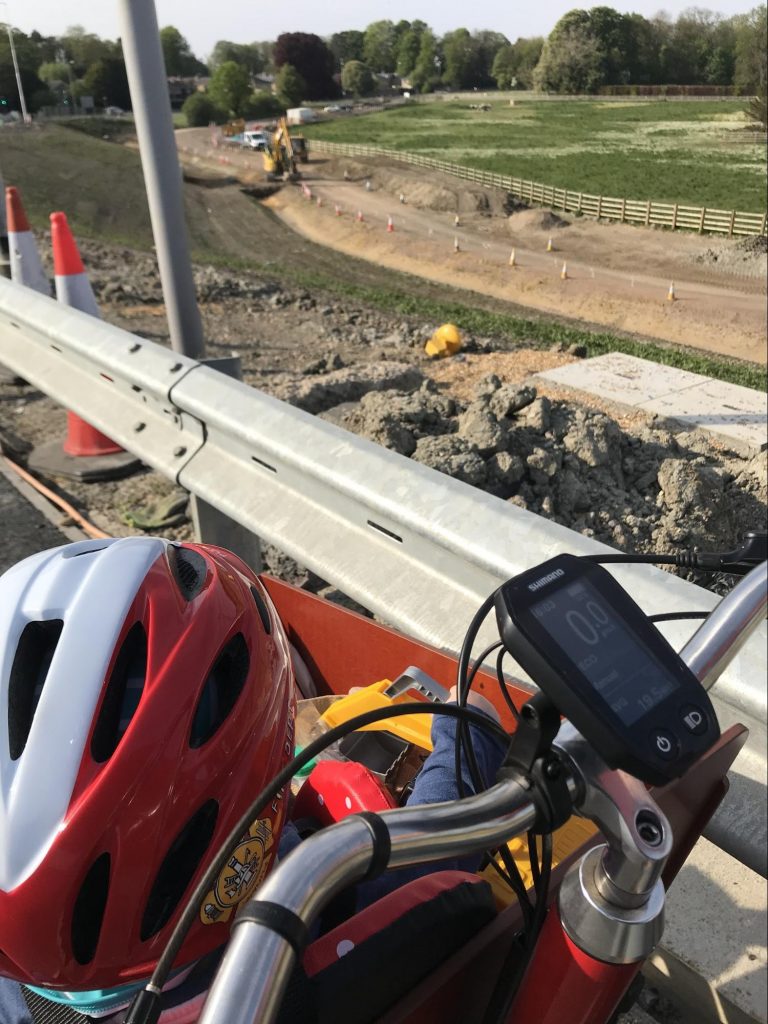 While the benefits for child carrying have been great, an unexpected bonus has been easily carrying large volumes of cargo – from regular food shopping, through to carting bike frames and computer equipment to and from work. 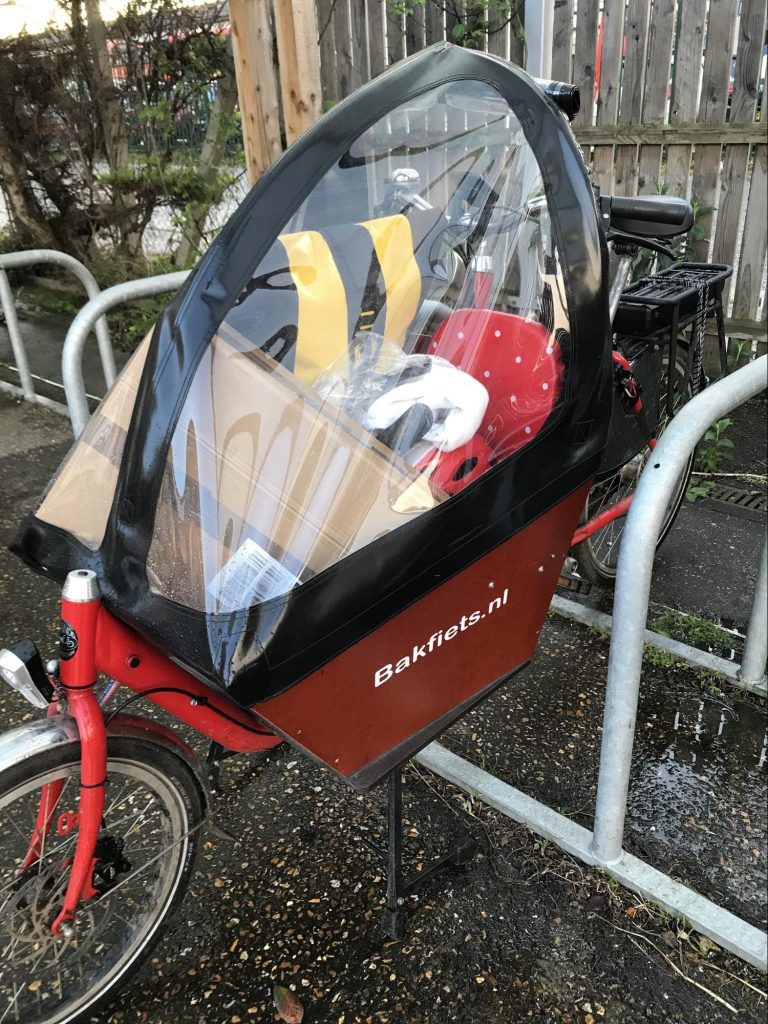 The bike is now so embedded in our daily routine we’re realising we’d be hard pushed to lose the carrying capacity when our son eventually grows out of the bike in a couple of years, which is why I’m now eyeing up the rather clever and highly-versatile Circe Helios Brut cargo tandem for the next step in our family’s cycling adventures…