Case Study – The Try Before You Buy Scheme 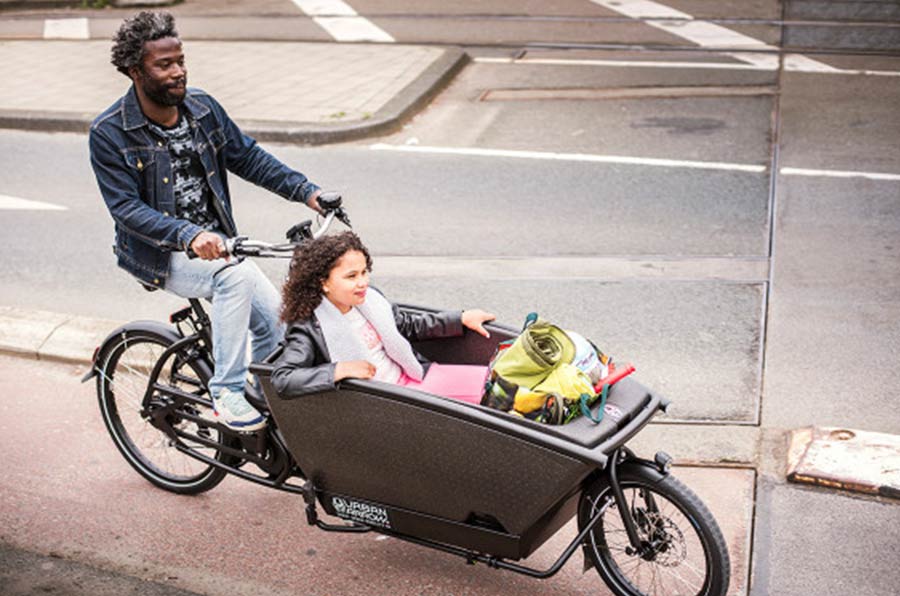 Cycling for Afroditi started as a leisure activity in her childhood, spending countless days meandering through the streets of Thessaloniki. As she grew older, cycling took on a more practical purpose for Afroditi, using her bike to get to university rather than walking (she admitted it was all for the extra ten minutes in bed!). But once she moved to the UK almost 8 years ago, she stopped cycling completely.

This all changed with the arrival of the pandemic as Afroditi realised she missed the freedom that cycling previously gave her in her youth. In addition, being a mother, Afroditi wanted a way to explore the local area with her children without the labour of taking public transport or the hassle of parking when driving. Living in Cambridge, she had seen electric cargo bikes used by other parents and admired the safety in having the kids in front of the rider-parent as well as the considerable speed these bikes could reach.

In order to feel comfortable investing in an electric cargo bike, Afroditi wanted some sort of trial period to work out which model would work best for her. At first, she considered renting a bike for 3 days with Outspoken’s private hire bikes but she felt as though this wouldn’t have been enough time to truly get a feel for the bike. But in September 2021, Afroditi discovered Cambridgeshire’s Try Before You Buy scheme where she could try out an electric cargo bike for £25 over two weeks, and it was the value for money that really encouraged Afroditi to give the scheme a go.

From the first day, Afroditi experienced the benefits of her cargo bike, especially when it came to transporting her kids around. She was able to shorten her 5 mile school run, beating much of Cambridge’s traffic, without exhausting herself due to the bike’s Yahama mid-drive motor. Her kids loved being the passenger of this new cargo bike, sat right up front able to enjoy the countryside scenery along the Guided Busway. With the rediscovered freedom of cycling, Afroditi could not only take her kids out to the park but also go into town freely without any of the restrictions her car faces. Once the two-week trial period had ended, Afroditi was sold. She decided she had to invest in a cargo bike as she recognised the ease it brought to her life.

After another consultation with Rob at the shop, Afroditi settled on the Urban Arrow Family Active Plus two-wheel cargo bike which she has customised with speakers and fairy lights for her kids’ added experience. Afroditi appreciates the extra height of the box of this bike as it feels secure for her children especially as she exclusively uses the bike on school runs. She also noted the health benefits of the morning exercise on her cargo bike, saying she felt the effects of basking in the sun as she got her blood pumping.

When I asked her if she was pleased with her new purchase, the answer was a resounding ‘YES!’

If you would like to take advantage of this scheme, click here to find out more or pop down to our shop where one of the friendly Outspoken staff can guide you through the process.